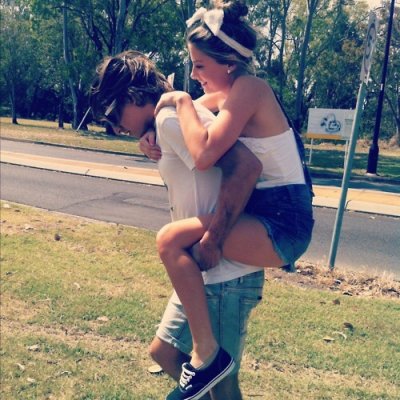 Guys can be nervous about making a move because they don't know for sure that you'll be interested in them. But if you're the one to be bold and do the asking, they know for sure that you are! So if they like you, but they're too shy or uncertain to ask you out, you'll score major points - and a date.

Believe it or not, there are plenty of shy guys who don't fit the stereotype of men being brash and confident. Shy guys can be the best ones to date, but since they're too shy to approach you, they may not give you the chance to find that out! So by being the one to make that move, you're giving him the chance to get to know you.

3. It's a Refreshing Change from Normal Expectations

It's kind of tiresome how we always expect men to be the ones to ask us out. Come on, girls, this is the 21st century! We're modern, confident women, so let's use that confidence. Guys will love it as well that they're not being automatically expected to do the asking.

Many guys absolutely love a woman who's confident and prepared to go for what she wants (especially if she wants to get to know them!). If a guy is put off by it and thinks it's not her place to do the asking, would you really want to date someone with such an outdated attitude? A woman who knows her own mind, on the other hand, can be immensely appealing.

5. They're Afraid of Rejection

Yes, guys are afraid of rejection too. Nobody likes to risk being knocked back, so it can take a lot of courage for them to approach you and ask you out on a date, or even just get chatting to you. If you make the first move, you could be approaching one very happy and relieved guy!

6. They're Not Sure How to Approach You

Guys aren't born with the knowledge of how to ask a woman out, and they know full well that you might say no. Most guys are going to worry that they might mess it up. If you're the one to make the first move, you've immediately taken the heat off him. He knows that you're interested now, and doesn't have to decide how he should approach you.

Having a woman make the first move is immensely flattering for a guy. She's saying 'Hey, I like you' - and who doesn't appreciate that? You're effectively telling him that something about him grabbed your attention, and that you'd like to get to know him more. What an ego boost that is!

So take a chance and make the first move when you like a guy! If you're afraid of being turned down, remember that guys face the possibility of rejection when they approach us. Have you ever met a guy under unusual circumstances?